Pin It Having all boys, our birthday party themes have consisted of pirates, knights, army men, Jedi Padawan, and the like.  So when my best friend asked if I'd help plan and throw a My Little Pony birthday party for her daughter's 6th birthday, I jumped at the chance.  So with the help of sweet, little Coral, here is what we came up with for food, games, and activities that all centered around her favorite TV show. 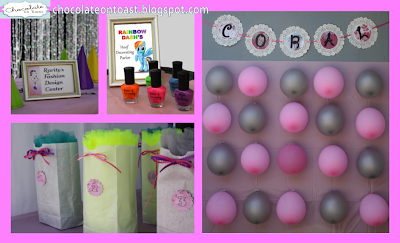 To start the party off, the girls (and a few boys) bedazzled their own unicorn horns (aka party hats) and beaded one of a kind necklaces under tents in Rarity's Fashion Design Center. 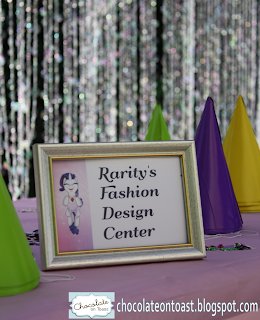 With accessories in hand, they were then off to Rainbow Dash's Hoof Decorating Parlor where most chose a rainbow of all five colors. 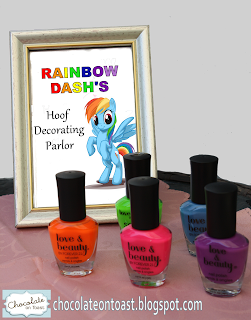 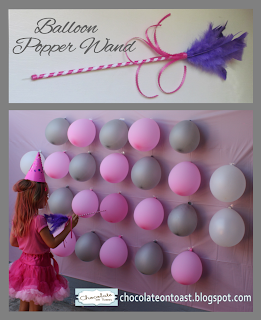 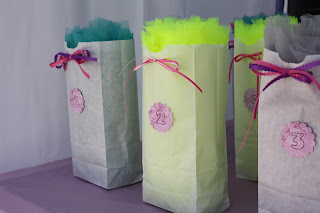 The  night before the party, I decided it wouldn't do to have the girls using a pin or dart to pop the balloons. I envisioned them using a beautiful, feathered wand; so as soon as I woke up I made a Balloon Popper Wand.  I believe it is the first of it's kind.  I am selling them in my Etsy store if you would like one for your next party.


But back to the party.  We came up with snacks named after the main characters.  There were Applejack Slices, Fluttershy's Bunny Treats, Rainbow Dash Fish Crackers, Rarity's Pop-ular Corn, and Pinkie Pie Lemonade. 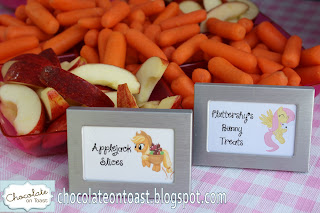 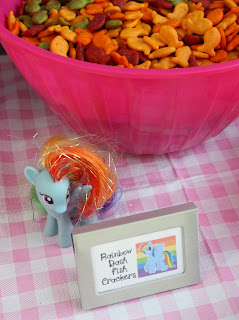 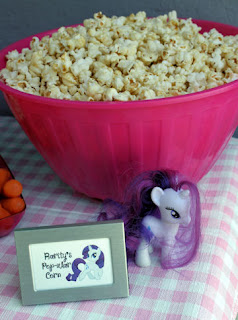 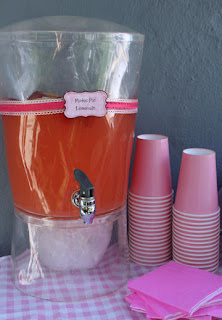 After an afternoon of dancing at the Grand Galloping Gala, the kids were invited to take home a bag of Pinkie Pie's Sweet Treats.  Hmmm... I wonder which pony is Coral's favorite?

Disclaimers:  This post contains Amazon affiliate links.  I have decided to use them as an affiliate site because I trust them and find they can deliver on many of my shopping needs.